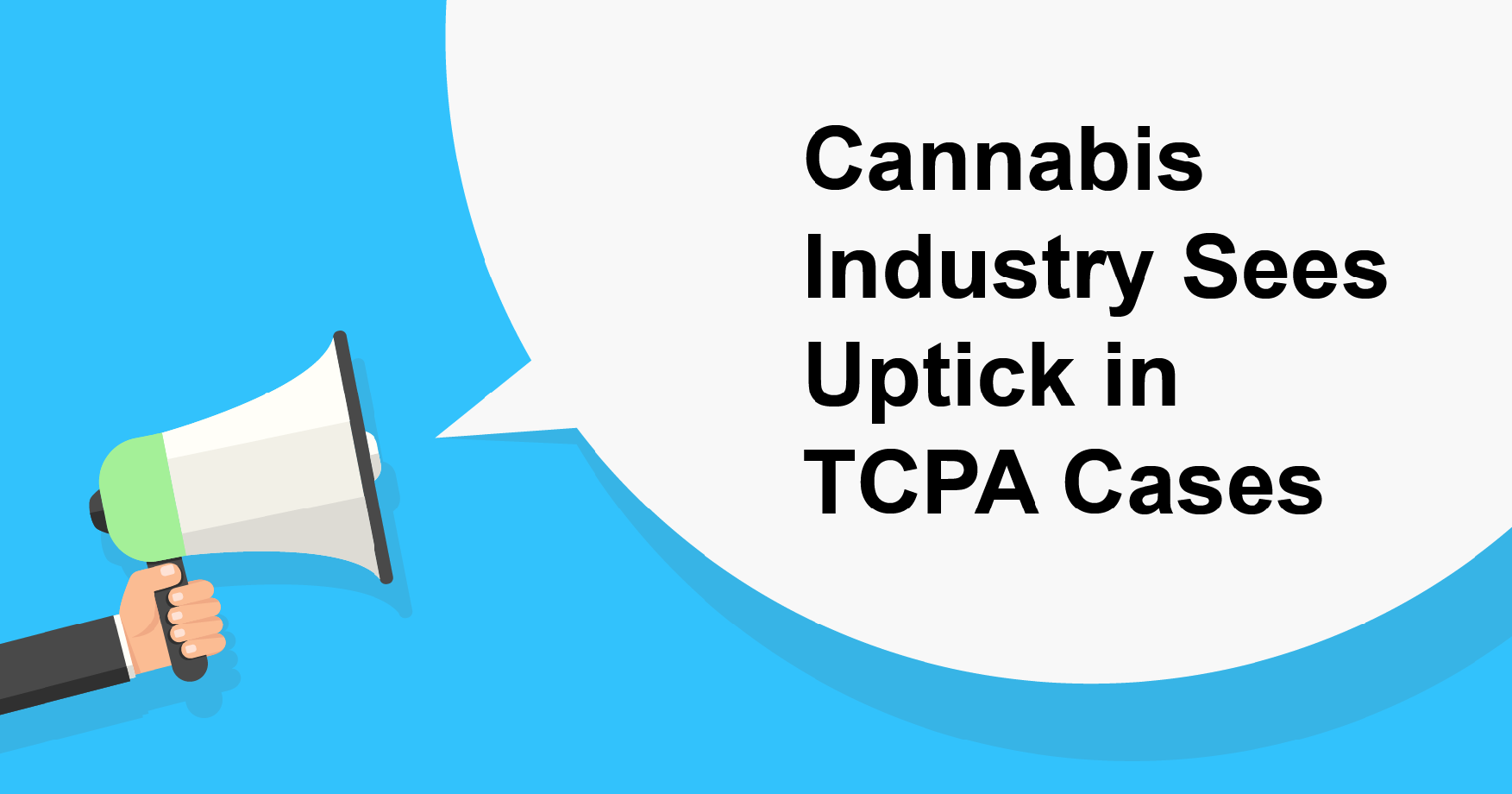 In recent months there has been an increase in Telephone Consumer Protection Act (TCPA) lawsuits against Cannabis companies, particularly during the COVID-19 pandemic. In the past 6 weeks alone, the Cannabis industry has seen 10 TCPA cases.

TCPA class action lawsuits are on the rise among the Cannabis industry.

Eaze, a popular online marketplace and technology platform for marijuana deliveries, was first accused of making unsolicited marketing calls to consumers beginning in 2017. The case was sent to arbitration due to a “clickwrap” agreement in  Eaze’s terms of service that Plantiffs, while they disputed its legality, could not deny they had agreed to. However, another lawsuit was filed in 2018 – this time with Eaze agreeing to pay a settlement and making “significant changes to its consumer marketing practices going forward.” The settlement amount, with proposals of $1.75 and $3.49 million already being rejected – is still under debate today.

In 2019, TCPA cases were filed against Baker Technologies and its parent company Tilt Holdings Inc., a Massachusetts-based cannabis technology company, alleging violations of the TCPA and California’s Unfair Competition Law. Like many other companies, Tilt holdings was accused of spamming customers with unsolicited text message marketing.

Most recently, on March 31, 2020, a Denver man filed a TCPA class action lawsuit against a dispensary selling in Colorado, Massachusetts, and Nevada for sending him text messages without prior consent. According to the plaintiff, “[i]n an effort to boost [its] business and drive sales, Defendant utilized bulk text messaging to reach consumers.   The text messages were for telemarketing purposes and offered, advertised, and announced the availability of [Defendant Dispensary’s] goods or services.”

TCPA class action lawsuits can be costly – in terms of fines and sinking brand reputation. Ensure your organization is protected today.